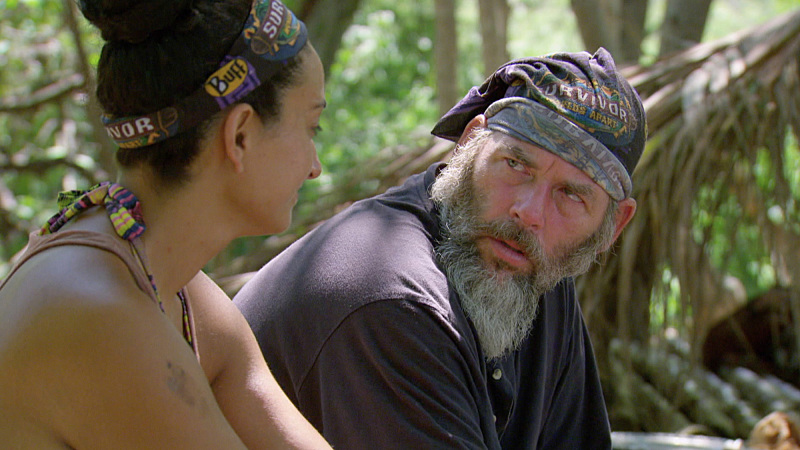 We kick things off with an episode of Worlds Apart, which is strongly making me rethink this whole project. Do I really want to sit through an episode of this horrid season again, especially one from after Hali was voted out and I only get to ogle her on the jury? Although Hali does rear her gorgeous head at the start of the episode, where I’m reminded that she convinced everyone to name the merged tribe “Merica,” which is one of those tidbits I’ve tried to block out of my Survivor memory over the years. It did make me chuckle, so I guess it’s true that comedy = tragedy + time.

Unfortunately, that sentiment doesn’t hold true for the remainder of the episode, which is filled with big and small reminders of how unlikable this group of castaways was and how annoying Mike’s voice is. Of course, it’s not as bad as the previous episode, which the recap reminds me is when Mike pulled his auction blunder and the truly heated Will vs. Shirin conflict took place. The latter is still front and center, much to Dan’s chagrin. His apology to Shirin for what she went through is blatantly insincere even before he declares her affinity for being dramatic in a confessional, and that Ozzy-esque performance is matched by his reaction after winning the reward challenge and lamenting that Rodney has yet to go on a reward. When Jeff Probst offers Dan the chance to give up his spot, Rodney petulantly refuses like a kid who knows he doesn’t deserve ice cream after losing the soccer game. 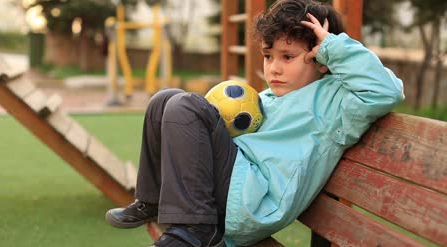 I guess it’s worth pointing out, at the risk of seeming like I’m condoning him, but Dan is actually pretty quotable and grabs your attention any time he’s on screen. Part of that is of course his unmitigated sexiness (an acceptable substitute for Hali in the eye candy department), but the guy is well-spoken if nothing else, and the editors do him a solid by always underscoring him with dynamic music. I have no desire to see him again, and it’s unfortunate that I will be subjected to him in another 13 episodes of Worlds Apart, but it’s hard not to appreciate his anguished, “I’m sorry, I gave it everything” and Jesus Christ pose as he steps out of the immunity challenge. And he thought Shirin had a flair for the dramatic? He also gets points for his pep talk to Rodney at the challenge, which at one point includes the phrase, “dedication, motivation,” like he’s quoting a Spice Girls song.

If you wanna be Dan’s lover, then you have some unmitigated gall.

Honestly, as frustrating as most of the players are in this episode–Will’s lack of awareness that it’s a social game; Tyler’s boring “stay the course” mentality; Sierra’s “girl who cried flip” routine–it’s actually solidly entertaining overall. Maybe it’s benefiting from being the first episode that I rewatch, but I have to say I enjoyed it. Mike’s idol fake-out at Tribal Council is actually a pretty cool move even if it didn’t totally disrupt the status quo. But man, this is two episodes in a row where Mike looks like he’s about to do something and then fails to deliver at the last second. Mike is like that friend who texts you right as you walk into a bar where you’re supposed to meet for drinks, “hey sorry cant make it have 2 do laundry.” And Dan is that guy who out of the blue texts you, “Your mother is a whore.”