In recent years, the Survivor producers have displayed a love for pointless alliterative labels, whether it’s Brains vs. Beauty vs. Brawn or Heroes vs. Healers vs. Hustlers. Had Survivor: Panama – Exile Island been filmed in the modern era, it probably would have been called Trainwrecks vs. Traditionalists, because that’s pretty much the way the tribes were divided after a swap in episode two. Casaya was clearly the more entertaining group, which led to a bit of a Sophie’s choice for the pre-merge run. A Casaya victory meant that more of these delightful oddballs would live to see another episode. That’s good. But it also meant that most of that episode would be devoted to La Mina, an entirely pleasant but not particularly interesting tribe that approached the game in the most straightforward manner possible. That’s bad. 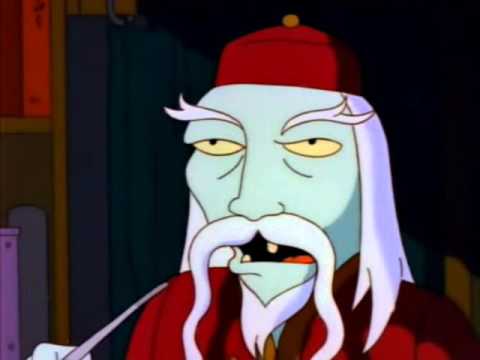 Casaya gets an extra dose of zaniness when Bruce joins the tribe following a stint on Exile Island. He immediately takes charge and brags about being the best survivalist on the island, introducing a peculiar filtration method for water that not everybody trusts, but he’s still seen as a savior to the struggling tribe. They make that abundantly clear when they arrive at the reward challenge, which leads to what turns out to be an especially brutal return trip to Exile Island for Bruce after La Mina wins. However, it’s the audience that truly gets punished, because we have to sit through scenes of La Mina fishing. 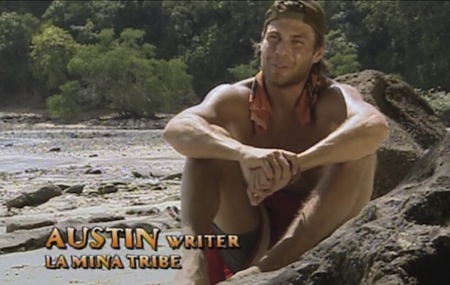 Congratulations, Austin Carty! You are the first person to call a fish Nemo since that movie came out! Only a writer could have come up with that one.

The highlight of this episode is when Shane claims a “thinking seat,” and his admittedly bizarre but undoubtedly comical outburst when his ownership is challenge is presented as a matter-of-fact “Shane is crazy” moment. I probably fell for it back in the day. More clear-cut is that Courtney is irritating the crap out of Shane, and this episode lays the groundwork for their beautifully hilarious relationship, one of the finest in Survivor history. Thankfully, the two of them get the opportunity to continue irritating each other when Casaya wins immunity–actually, had they lost, the pair would have likely been safe anyway. The person who was really on the chopping block was one Cirie Fields. 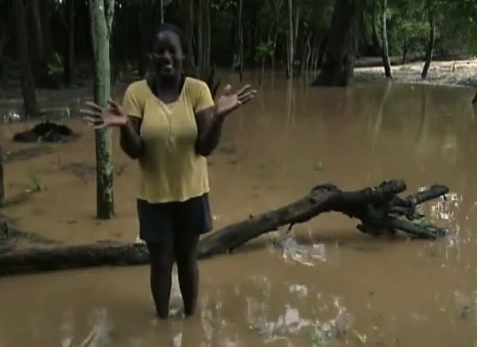 Any time someone’s name is preceded by “one” you know they’re important.

Meanwhile, at La Mina, the battle is on to secure Austin and Nick’s votes. Misty, who Austin somewhat arbitrarily has singled out as the weakest member of the tribe, decides to utilize her natural flirting skills by giving the boys backrubs. Sally looks on, stating that she and Misty are a perfect pair, with Misty serving as the doe-eyed ingenue and Sally by her side as the “pal” that guys can relate to. If this were a late 90s teen film, the next scene would be Sally taking off her baseball cap and letting her hair down, and Nick would turn to Austin and say, “Wait a minute, dude! Sally’s hot too! Dude!” And Austin would express his bewilderment that Sally can be so cool and attractive, because he’d never even, like, thought of her in that way, you know?

But alas, it’s not a late 90s teen film; it’s an episode of Survivor: Panama where the boring tribe gets most of the airtime. Still, it would have been cool if the editors started playing “There She Goes” after Misty’s torch got snuffed. 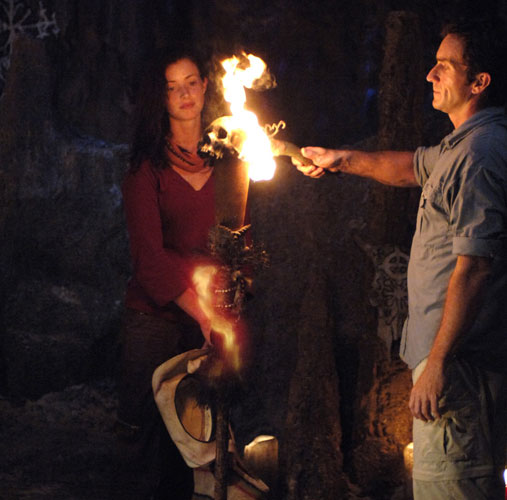 The Sixpence None the Richer version of course.