Let’s just state the obvious here: Game Changers is the most unnecessary season of all time. Nobody was asking for a returnee season just a year after Cambodia, and certainly nobody was pining to see this motley assortment of randos and people playing for, like, the 15th time come together. Actually, this whole project of reviewing Survivor episodes via a random number generator was inspired by the Game Changers casting process, where the 20 contestants were chosen via a drunken game of darts between Jeff Probst and Tyler Perry.

“I don’t care that T-Bird didn’t get voted in. I’m just pissed off we’re missing out on the Troyzan and Brad Culpepper showdown of the century!” – Some dude with brain damage the night the Second Chance cast was announced, probably

Look, if you’re reading this, you don’t need me to tell you how ridiculously unbalanced this cast was and how the season was doomed from the start. The flaws of Game Changers are many and well-documented. So I’ll just skip over that (for now) and focus on how unspectacular this premiere was. (The first hour, at least. I remember loving the second half’s Sandra vs. Tony title match, but I’m reviewing that separately when the random number generator gives me permission to do so. It’s the boss of me.) The producers deserve credit for somehow assembling a cast of 20 previous players that resulted in a first episode that feels no different than a below-average newbie season premiere. Like, no, seriously, that takes skill.

However, as usual in a returnee cast, there were a few question marks. For instance, how did Tony and Sandra and Cirie and Ozzy make the cut? Did Mikey Bortone and Krista Klumpp’s invites get lost in the mail or something? Whatever the reason, they’re here. Ozzy still holds a grudge against Cirie for her part in his Micronesia exit, and he wants to target her first, on the grounds that she’s not a physical player. This raises the question: would people have been more pissed off to see Cirie voted out first this season as opposed to her default elimination in the finale?

Before you answer, keep in mind that if she’d been voted out first, we never would have witnessed Jeff Probst coercing her to triumphantly cross a balance beam as everyone sat and watched for an hour.

As for the others, I still laughed when Tony landed on the beach and immediately announced to everyone that he was off to find the idol. Significantly less amusing is his spy bunker, an underground retread of a concept that served him well in Cagayan both strategically and in his quest to earn camera time. This is one of the most frustrating aspects of having returning players–they’re hyper-aware of what made the producers decide to bring them back and so they decide to give us more of the same. I’ll be honest; as much as I absolutely love Sandra, her “queen stays queen” shtick got old pretty fast this season. I mean, she earned the right to have a catchphrase so I gave her the episode quote here, and really, the only other candidate was another Sandra line at Tribal Council. This episode is shit-full of the most generic, meaningless strategy confessionals you find in every premiere. Like this gem from Andrea: “This is going to be an epic season, so game on.” That was so profound I can’t believe it wasn’t shouted in the diary room on Big Brother. 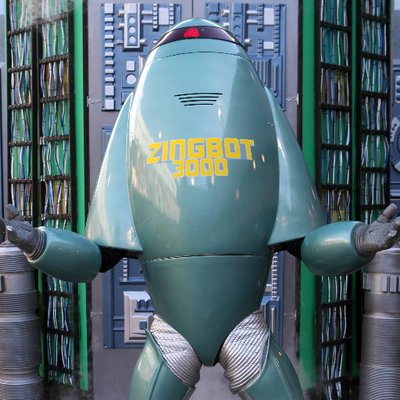 Sadly, the only robot we got on this season was Sarah.

Two things are announced before the challenge: Probst shows off the new immunity idol, which is a recovered prop from the live-action sequences of The Spongebob Squarepants Movie. And in the first stupid twist of the season (if you don’t count the legacy advantage, a holdover from Millennials vs. Gen X), there will be no revotes in the event of ties. This is one of Jeff Probst’s many solutions in search of a problem (see: the final three, Redemption Island, reducing rice rations to assist providers) but somehow, miraculously, the producers realized it was a mistake and dropped it the very next season. The only thing that dropped during Game Changers? The show’s ratings. OH SNAP! 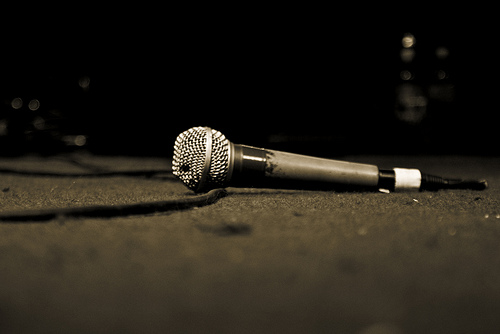 And now I shall drop this microphone.

One thought on “Game Changers Episode 1: The Stakes Have Been Raised (Part 1)”