Airdate: April 17, 2008
Boot: Ozzy Lusth
Quote: “Just because you’ve gotten on everybody’s nerves don’t mean a donut is going to make it better. You really can’t expect to appease everybody over a donut. So if you tempt somebody with a donut and they say, ‘Oh yeah, sure,’ they might just have wanted a damn donut.” – James Clement
Rating: 10 + Tier B (4) = 14

Have I been unfair to Survivor: Micronesia? My fairly low ranking of this incredibly popular season is by far my most controversial Survivor opinion…and other than my preference for END_OF_DOCUMENT_TOKEN_TO_BE_REPLACED

We’re officially in old-school Survivor territory here. Like, super-old-school. Which is worrisome for me. I haven’t rewatched any vintage Survivor episodes in well over five years. Yet I still stubbornly remember this as the “best” era of the show, a simple time when alliances stuck together and players were voted out because they got the most votes, not because they were the only person lacking some sort of trinket that guaranteed them immunity. Ah, those were the days. But what if the content that was so compelling in 2001 proved to be slow and dull in 2018? What if I found these episodes (gasp) boring? END_OF_DOCUMENT_TOKEN_TO_BE_REPLACED 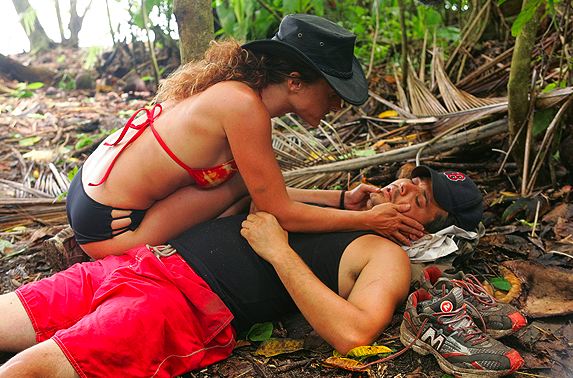 This is the fifth episode I’m reviewing–from five different seasons, mind you–and the third that features Boston Rob. Frankly, given how many times the guy has played I’m surprised he isn’t in six of the first five episodes I review. It’s like Survivor whiplash, going from domineering manipulator Rob in the Redemption Island endgame to cocky underdog Rob in the All-Stars premiere to sensible voice of reason Rob in this second episode of Heroes vs. Villains.

Stuck on the “buffoon tribe” for a third time, Rob has to exert himself in order to keep his lazy, uncooperative team functioning. But his newfound gallantry proves to be END_OF_DOCUMENT_TOKEN_TO_BE_REPLACED